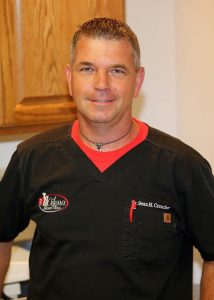 Growing up on a farm north of Levasy, Sean was around livestock, the family’s bird dogs and numerous barn cats since he can remember. He attended Southwest Missouri State University in Springfield before attaining his Doctor of Veterinary Medicine degree with honors from the University of Missouri College of Veterinary Medicine in 2000. In his spare time, Sean likes to spend time with his wife Summer and their two children Lane and Jase. The family enjoys the outdoors, hunting and fishing, and exercising together. 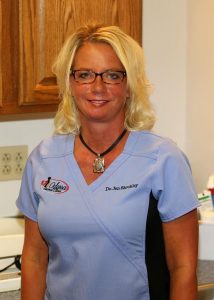 Dr. Shockley grew up on a beef farm in Ohio, then a large dairy farm in upstate New York, and later a swine farm in Missouri. She graduated from the University of Missouri, College of Veterinary Medicine in 1998. Following graduation, she worked as a mixed animal practitioner, followed by owning a practice, and then research medicine. Her hobbies include riding horses, reading and spending time with her kids, Courtney and Brandon. 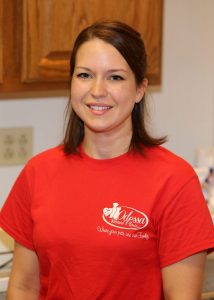 Tara grew up in Eastern Jackson County and graduated from Fort Osage High School. She has lived in Lafayette County since 2010 with her husband and four children. She has worked in veterinary medicine since 2004, starting out as a veterinary assistant at a clinic in Independence. She received her degree from Maple Woods Veterinary Technology program and has been a registered technician since 2008. After being employed in Independence for 11 years, she decided to join the Odessa Animal Clinic in 2015. In my free time, she enjoys spending time with her family and friends. She has one cat and three dogs, as well as several chickens, ducks, and guinea fowl. 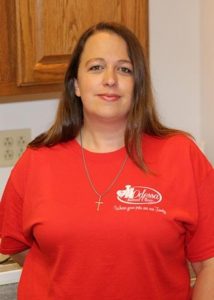 Nicole has lived in Odessa all her life, and married her high school sweetheart, Butch, in 1993. She and her husband have a daughter that attends UCM and 2 sons attending Odessa School District. Nicole enjoys going to football and basketball games, hunting with her husband, and fishing with her kids and all their friends. She has been part of the Odessa Animal Clinic since 2012. She enjoys her job and couldn’t ask for a better team of people to work with. 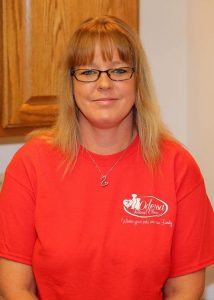 Patty began working at Odessa Animal Clinic on January 5, 2004, as a Veterinarian Assistant. Over the years she has gotten to know the community of Odessa, and feels it has been a privilege to take care of and watch Odessa’s beloved pets grow up; she feels as if she is part of their family. She loves Odessa, this clinic, and what we do for animals; she takes great pride in being able to be there for people and their furry family members. She is a 13-year veteran at Odessa Animal Clinic, and looks forward to providing many more years of animal care services. 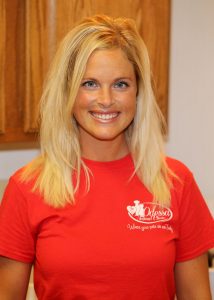 Summer Croucher, RDH is the practice manager. She received her BS in Business Management in 2004 from Rockhurst University and a BS in Dental Hygiene from UMKC School of Denistry in 2007. She enjoys spending time in the outdoors with her family, both 2 and 4 legged. She loves being a mom. In her spare time she enjoys her hobbies which include personal training. She is a ISSA certified personal trainer. 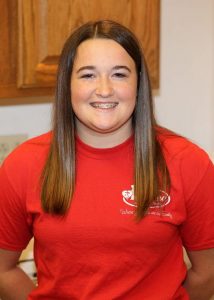 Samantha graduated from Odessa High School in May of 2016. She has volunteered at the Odessa Animal Clinic for over a year, and began working with us May 28th, 2016. She loves working with animals and always knew that was something she wanted to pursue in life. She has a dog named Max, and two pet cows named Millie and Lilly. She plans on attending Metropolitan Community College, Maple Woods for the Veterinary Technology Program. 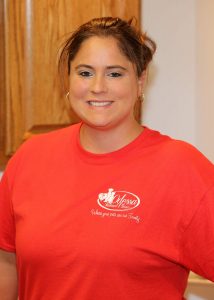 Megan grew up in Odessa and still resides here on her family farm. She raises Tennessee Walking horses with her husband, Dustin, and son, Colton. She attended Odessa schools and graduated in 2004. After graduation, she began working for Arrowhead Stables where she was responsible for riding, training, and showing Tennessee Walking horses. In May 2006, she began working for the Odessa Animal Clinic. She currently has two dogs, several cats, and 17 horses. 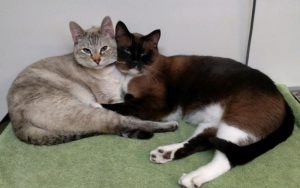 Shortly after Dr. Croucher purchased the practice, these two cats showed up on the doorstep, having just been weaned from their mothers, and made the Odessa Animal Clinic their home. Crankbait and Minnow enjoy knocking things off the countertops, turning off the computers and batting cotton-tipped applicators all over the clinic. They bring lots of joy to the employees and clients. We love these kitties!!

Font Resize
Contrast
Accessibility by WAH
Call Us Text Us